The daily plenary sessions feature some of internationally renowned speakers, who are distinguished scientists and community leaders. Plenary sessions bring all congress delegates together with no sessions running in parallel.

Please click on the below accordion to open each plenary session and (re)discover the speakers. 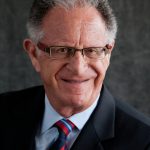 Honors include Good Housekeeping as “one of America’s best physicians in women’s health,” Ladies Home Journal as a “top ten researcher in women’s health”, the FDA with an FDA Citation, in 2013 in Canada with the first SIGMA/Canadian Menopause Society “Menopause Trail Blazer Award”, in 2016 with the IMS Recognition for a Lifetime Achievement in Menopausal Medicine, and in 2017 with the Establishment of an Annual Wulf Utian IMS/CAMS Award for Achievement in Furthering Women’s Health to be presented to “any member who does great work in their own country to further education on menopause”. He is Professor Emeritus of Reproductive Biology, CWRU, Consultant in Women’s Health at the Cleveland Clinic, and Chairman of the Advisory Board of Rapid Medical Research. Previously, he was Director of OB/GYN at University Hospitals of Cleveland, and Chairman of Reproductive Biology at CWRU. He was Medical Editor of Maturitas, Founding Editor of Menopause (1994-2018), and Editor of Menopause Management.

He has written over 230 scientific papers, and several books, including “CHANGE YOUR MENOPAUSE – Why one size does not fit all”, and his successful self-help book “THE UTIAN STRATEGY – Is this your problem or is this my problem?”. He currently divides his time between the United States and South Africa.

The historical landmarks in the development of hormonal therapies 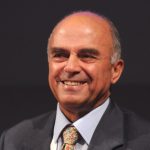 Since 2002 he indicated that the WHI study could not be transferred, in its results, to what happens for the therapy of women at the time of the menopause. The European studies have gradually recognized him that he was right, demonstrating that the hormone therapy in healthy women has a series of positive results with regard to the nervous system, the reproductive organs, the bone and muscular system, gastrointestinal and regarding the functions of tissues such as skin, mucous membranes, the immune system and the digestive system .

Recently, also the WHI group recognized that hormone therapy in recent and healthy menopausal women does not increase, but rather reduces, cardiovascular diseases, Alzheimer’s risk, quality of life and the reproductive organs function .

The “battle” is not over, and certainly he will engage even more for the Women’s Health.

Professor Susan Davis is an NHMRC Senior Principal Research Fellow, Director of the Women’s Health Research Program, Monash University Melbourne and Director of the Specialist Women’s Clinic, Alfred Hospital, Melbourne. She is a Fellow of the Australian Academy of Medical and Health Sciences and President of the International Menopause Society. She graduated in medicine from Monash University, Melbourne in 1980 and completed her specialist physician training in Endocrinology (Fellow of the Royal Australasian College of Physicians) and her PhD in 1988.

Since that time her research has addressed the roles of oestrogens and androgens in non-reproductive health including: breast cancer, cardiovascular function, obesity, cognitive function, mood, sexual function and musculoskeletal health.

Thursday, 16 May 2019 - Menopause and ageing in the workplace

Changing demands at the workplace – now and in future

Marije Geukes is a gynecologist specialized in minimally invasive surgery and menopause, working in the Netherlands.

She is researching Menopause & Work as part of her thesis about this important theme. 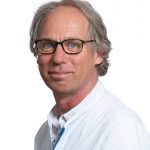 Henk Oosterhof MD PhD is a gynaecologist, at the Nij Smellinghe Hospital in Drachten in the Netherlands, with a clinical and research focus on menopause.

Area of interest is menopause in the workplace. He published studies on the impact of menopause symptoms on womens work.

Menopausal women’s needs at the workplace 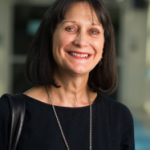 Myra Hunter is a clinical and a health psychologist who has worked as a clinician and researcher in the area of women’s health for over 30 years. She is currently Emeritus Professor of clinical health psychology at the Institute of Psychiatry, Psychology and Neuroscience, King’s College London. Her work focuses on understanding the role of psychosocial factors and developing cognitive behavioural interventions for physical and emotional problems, in women’s health, oncology and cardiology. She has published over 200 journal articles and 8 books and her research on menopause has established her as an international expert in the field.

Her recent work includes developing and trialling a cognitive behavioural intervention for hot flushes and night sweats, as well as conducting a study – [email protected] – that aims to improve the experience of menopause for working women.

Friday, 17 May 2019 - Challenges in menopause medicine 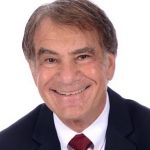 Dr. Langer is an epidemiologist, family physician and preventive medicine specialist with 30 years of experience in studies of cardiovascular disease, breast cancer, colon cancer, osteoporosis, sleep, dementia and factors that influence longevity. An author of nearly 200 scientific papers, he has been a principal investigator for more than 30 clinical trials and observational studies. He was the Principal Investigator of the University of California, San Diego (UCSD) Vanguard Clinical Center for the Women’s Health Initiative for the entire primary study period, Chairman of the WHI National Investigators Committee (1995-96) and Chairman of the WHI Observational Study Committee (1996-2005), as well as Study Director for PEPI at UCSD (1987-95).

Professor Langer lectures frequently internationally and was a member of the IMS Writing Groups for recommendations on women’s midlife health and menopausal hormone therapy in both 2013 and 2016.

SERMs: Past and Present 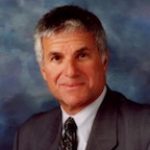 He has published seven books on women’s health topics, including menopause, perimenopause early pregnancy monitoring, abnormal uterine bleeding and gynecologic ultrasound. He has authored more than 60 chapters as well as over 80 original research articles. He is one of the most highly recognized and regarded individuals in the field of vaginal probe ultrasound worldwide. He has been a guest faculty member, invited speaker, visiting professor or course director over 400 times throughout the United States and the world.

He is an Honorary Fellow of the Royal College of Obstetricians and Gynaecologists. In 2016 he received the Clarkson Award from NAMS for lifetime achievement in menopause research. 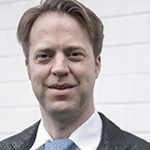 Volker Stute is a self-employed consultant combining creative innovation with strong mathematical skills. His professional mission is to transfer the principles of financial risk modelling and hedging strategies into other industries like the health and pharmaceutics sector, energy, transportation and mobility. His focus in the field of medicine is the evaluation of risk in its meaning as stochastic uncertainty.

In the course of his consultancy mandates he operates as a “translator” between the languages of management, specialist department, mathematicians and software engineers. Finally he is sharing his expertise by giving talks, lectures and instructions.
One of his unique selling points is the combination of statistics, simulation and optimization in one model, and the visualisation of dynamic stochastic behaviours, such that a high understanding of the underlying information is achieved.

His latest publication is an article about „Risk Modeling for Healthy Ageing“, Journal für Gynäkologische Endokrinologie, Springer Medizin.
Before becoming a consultant for quantitative risk models and data analysis, Volker Stute has developed and implemented quantitative models for the forecast of daily energy consumption at Deutsche Bahn. He has studied Quantitative Finance and Engineering at Frankfurt School of Finance, ITESM in México and TU Darmstadt, where he also gained his PhD.

Hormonal changes in men due to ageing (all hormonal axes) 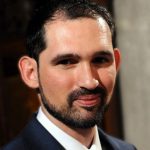 Dr. George Kanakis is Endocrinologist – Clinical Andrologist (EAA cert). After concluding his medical training (M.D.) in the Aristotle University of Thessaloniki and the Military School of Corps Officers, he joined the Medical Service of the Hellenic Navy. He was trained in Endocrinology, Diabetes & Metabolism in the National University of Athens (Prof. G. Kaltsas), where he also received his Ph.D. degree. During this training, he was appointed a research fellowship at the University of Uppsala, in the field of Neuroendocrine Tumors (Profs. Grimelius & Öberg). He was specialized in Clinical Andrology at the Training Center of the European Academy of Andrology (EAA) in Thessaloniki (Prof. D.G. Goulis) and successfully took the EAA Clinical Andrologist exams. Having a scholarship from EAA, he attended the Training Center of Rome (Prof. A.M. Isidori), receiving advanced training in applied andrology and ultrasound diagnostics. During this period he also attended the EAA “Ultrasound course of the male genital tract and penile US”.

He is currently consultant physician at the Department of Endocrinology of the Naval Hospital of Athens and has a special interest in reproductive endocrinology and ultrasonography of the male genital system. He is General Secretary of the Hellenic Society of Andrology (2017 – 2019) and a member of the writing group of the “EAA Guidelines on evaluation and management of Gynecomastia”.

Update on androgen therapy in men 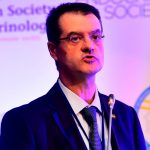 Dr. Dimitrios G. Goulis completed his medical training (MD) and received his Doctor of Philosophy (PhD) degree from the Aristotle University of Thessaloniki. Having a scholarship from the European Union, he worked as clinical research fellow at St. Mary’s Hospital, London, acquiring the specialty of Endocrinology, Diabetes and Metabolism. He is currently associate professor of Reproductive Endocrinology in the 1st Department of Obstetrics and Gynecology, Aristotle University. Dr. Goulis has published 250 full papers in peer-review international journals. He was an invited speaker in more than 380 international and Greek congresses.

He is currently or had been Head of the Unit of Reproductive Endocrinology, 1st Department of Obstetrics and Gynecology; Director of the training center in Andrology of the European Academy of Andrology; Secretary general of the European Academy of Andrology (EAA); Secretary general of the European Menopause and Andropause Society (EMAS); member of the executive committees for the postgraduate training programs (MSc) in “Medical Research Methodology” and “Human Reproduction” (Aristotle University of Thessaloniki) and associate editor of “Human Reproduction”, “Andrology”, “Metabolism”, “Journal of Endocrinological Investigation”, “Hormones”, “Anir” and “Human Reproduction Open”. Prof. Goulis’ main research interests include Andrology, menopausal transition, endocrine complications of pregnancy and polycystic ovary syndrome.

Step 1: Get a peek of the other parts of the Scientific Program